What If We Have A Nuclear War?

Where are the best places on earth to hole up away from nuclear war hot spots on earth?

But what if we told you that there are some safe havens far away from most critcal conflicts on earth where you’d stand a good chance of surviving the end of the world?

these places are better for surviving for some of the most dangerous nuclear war scenarios.

Better get booking those flights before it’s too late, because these are the nine best places to big parts of humanity are killed.

What would happen if a nuclear weapon was dropped near you?

Imagine that a 150-kiloton nuclear bomb exploded in the city closest to you.

Do you know how the city, surrounding region, and its inhabitants would be affected? If you can’t think of much more than “a lot of people would die,” you’re not alone.

“We live in a world where nuclear weapons issues are on the front pages of our newspapers on a regular basis, yet most people still have a very bad sense of what an exploding nuclear weapon can actually do,” Alex Wellerstein, a historian of science at Stevens Institute of Technology, wrote on his website NuclearSecrecy.org.

To help the world understand what might happen if a nuclear weapon exploded, Wellerstein created an interactive browser app called Nukemap.

How To Survive A Nuclear War?

First of all you should be as far away from this war as possible! 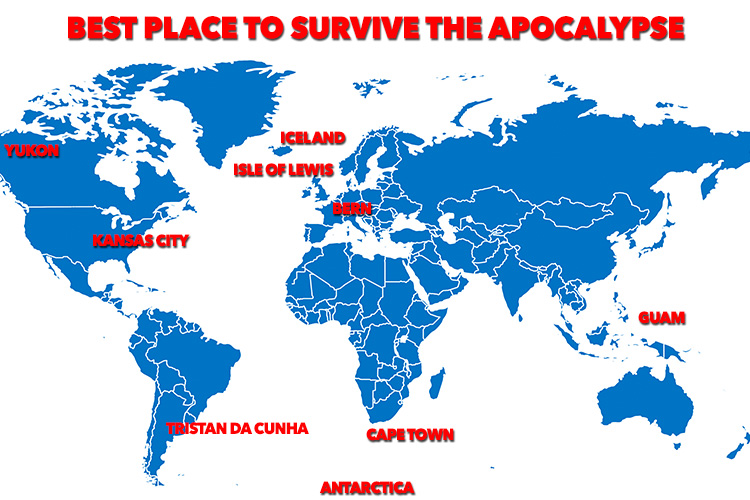 What should you do if a nuclear bomb is dropped near you?

What if you survived a nuclear bomb near you?