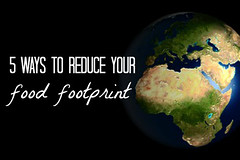 This month, hundreds of media outlets in more than 32 countries on every continent except Antarctica covered Earth Overshoot Day (August 8, 2016), the day by which humanity has spent the planet’s ecological budget for the year.

In fact, our first public engagement campaign ever yielded 2,359 pledges by people around the world. We proudly announced the six winners of our #pledgefortheplanet photo contest (shown below). Let us know if you are one of them and claim your prize!

We want to thank all our partners who helped us make this possible. Here’s a special mention to The B Team, who provided unparalleled access to entrepreneurs with a strong sustainability agenda. Museu do Amanha (Museum of Tomorrow) in Rio de Janeiro, Brazil, inspired us with their creativity and commitment to surf the strong wave of the Rio Olympic Games to address the Ecological Footprint in novel ways, including an event that reached 15,000 viewers through a Facebook live stream. Thank you!

We are also grateful to Tetra Pak North America for its second year of corporate support, as well as Ticket to the Moon and My Drop in the Oceans for the great hammock prizes and additional ways for individuals to engage to create a sustainable world.

Finally, our heartfelt thanks to the global network of WWF offices who supported our campaign around the world.